Tsumeb was once the largest mine in Africa and globally the largest source of lead. The estimate and recorded production is on the order of 30Mt with grades of 10% Pb, 4.3%Cu, 3.5% Zn and 95g/t Ag.  More than 290 mineral species have been recorded, of which at least 35 are unique to this deposit. Mineralization is characterized by complex ores containing Cu, Pb, Zn, Ag, As, Ge, Cd, Ga, In, Mo, Sb, Hg, Sn and U in pipes, solution breccias, shear zones, dilation fractures and breccias confined to the upper part of the Otavi Group (740 – 640 Ma The Otavi Group was deposited in a carbonate shelf environment; is divided into the Abenab Subgroup and overlying Tsumeb Subgroups, Major rock types include light grey to dark grey laminated dolomites with occasional stromatolitic horizons, and minor interbedded arkose, greywacke and shale. A disconformity occurs at the contact between the Abenab and Tsumbeb subgroups, as indicated by the formation of the karsts.

The ore-body is vertically and laterally zoned with respect to metal abundance and ore mineralogy. Massive sulphides in the pipe display minor folding and textures indicative of deformation and partial annealing.

Namibia has changed over the last forty million years with increasing aridity, from humid conditions with dense forest to dry woodland approximately 25 million years ago to the grassland environment that has persisted for the last 4 million years. This climatic change will have influenced groundwater chemistry, to some extent, and thus the nature of the oxidation zone at Tsumeb.
Supergene oxidation on the hypogene minerals over 40Ma since the break up of Gondwana resulted in 180 supergene ore minerals which have been identified, the most significant of which are azurite, malachite and smithsonite.  #KFFellows 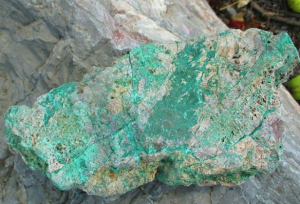 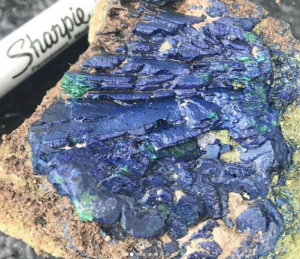 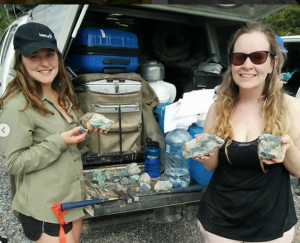 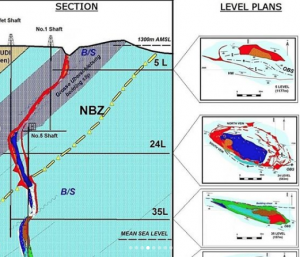 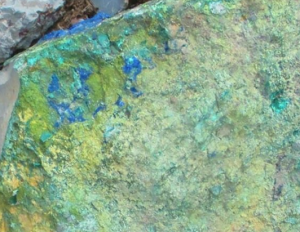 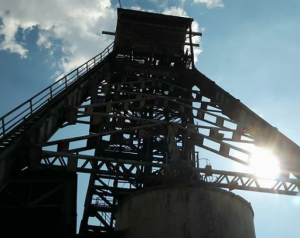 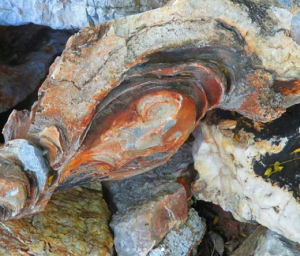 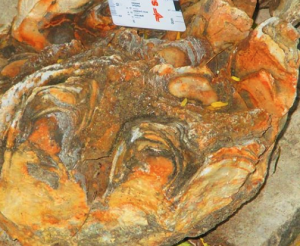