Part 2: Geology and mineralization Method of discovery: Soil grid conducted by AngloAmerican in 1984

Yes, these were once sediments and yes there are other sediment-hosted gold deposits than Carlin-type! It is so rare to see open-pit geology that looks exactly like the text book figure.

The  deposit is found in the southern central zone of the NE-trending Damara belt which was formed by the collision of the Kalahari and Congo cratons around 550Ma during the Damara Orogeny. A variant of the orogenic gold deposit model. The host rocks are Swakop Group metasedimentary rocks (lower Amphibolite Facies schists and marbles, Damara Supergroup, see map). Alteration minerals include garnet, pyroxene and biotite. Mineralization consists of sulphide lenses and quartz veinlets that cut the Swakop Group (see cross-section) Gold occurs predominantly as free gold but also as maldonite (Au2Bi) or as inclusions within sulphides The formation of dome structures during the later phases of the Damara Orogeny undoubtedly play a key role in creating zones of dilation for the formation of the veinlets. 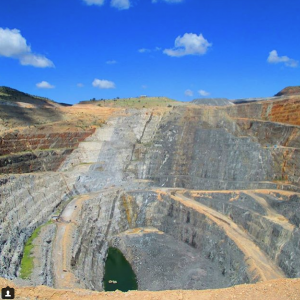 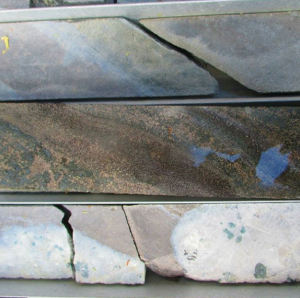 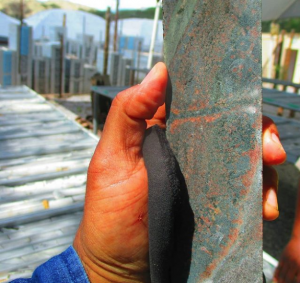 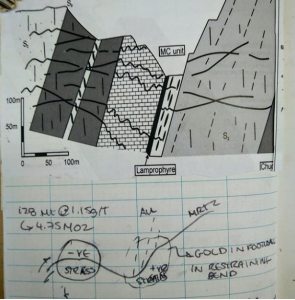